Documents Detail How Japanese Imperial Military Forced Dutch Females to be ‘Comfort Women’ {and Allied Complicity in Cover-up, Hiding Wanted War Criminals and Use of “Research” on Live Human Subjects]

Posted on February 2, 2014 by Omahkohkiaaiipooyii

FUKUOKA – A set of official documents detailing how the wartime Japanese military carted off about 35 Dutch women from a prison camp in what is now Indonesia and made them provide sex as “comfort women” has been disclosed to a civic group at the National Archives of Japan in Tokyo, group members said Sunday.

The documents were part of the evidence behind a 1993 statement issued by then-Chief Cabinet Secretary Yohei Kono in which Japan acknowledged and apologized for its military’s involvement in the recruitment of women into sexual servitude, but only their existence and outline had been known.

Titled “Class-B and -C (re: Dutch tribunals) Batavia trials, case No. 106,” the documents concern a provisional military tribunal set up by the Netherlands in Batavia, as Jakarta was known in the former Dutch East Indies, for Class-B and Class-C war criminals that had convicted five Japanesemilitary officers and four civilians for rape and other crimes by 1949.

The roughly 530 pages of documents include records of the tribunal, including indictments and rulings and also the results of interviews with the officers, and a summary of them made by the Justice Ministry was among materials collected during the drafting of the Kono statement.

The original documents were moved in 1999 from the ministry to the national archives and disclosed in late September at the request of the Kobe-based civic group, the members said.

According to a ruling for a lieutenant general of the Imperial Japanese Army and related documents, the Dutch women detained in a camp in what was Semarang province on Java Island were taken on the orders of a Japanese officer to four “comfort stations” in the province and made to provide sex.

The ruling quoted some of the officers as saying, “We asked the chief of the provincial police to select women at the camp for prostitute houses,” and, “The women were brought out by provincial officials at the request of (one officer’s name).”

“The women were not told of what work they would be doing until they got into the prostitute houses,” another officer was quoted as saying.

Also part of the documents is a record of a 1966 interview with the lieutenant general held at the Ishikawa prefectural office after he returned to Japan.

He was quoted as saying, “Some coercion was seen on a few people in taking written consent (to be comfort women),” while arguing against findings in the tribunal by saying some of the women’s accounts were not true as they tried to put down the Japanese military.

By KYODO but obtained from the Japanese Times

[The 4th Media’s editorial note: For the sake of our global readers, The 4th Media, specifically for the educational purpose, painstakingly compiled the following (some of them difficult to look at) photos which may well show how Japanese imperialism was vicious, evil thereby inhumane in their countless atrocities as “war crimes” and “crimes against humanity.” However, the Abe regime still not only denies and distorts the horrendous crimes of the past but also tries to honor them and even attempts to revive the imperialist militarism.] 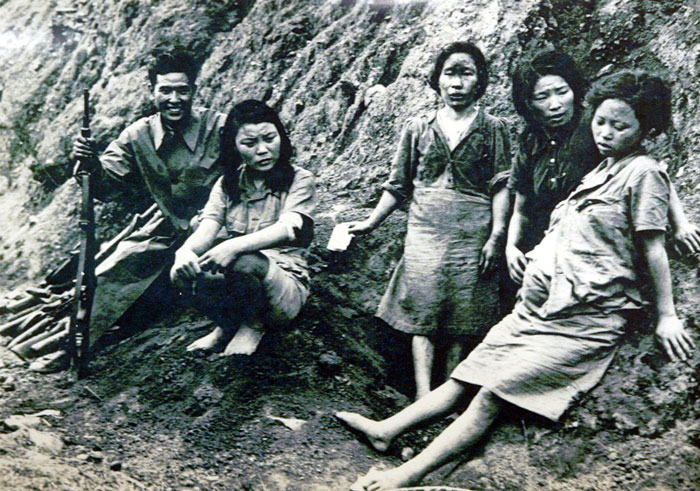 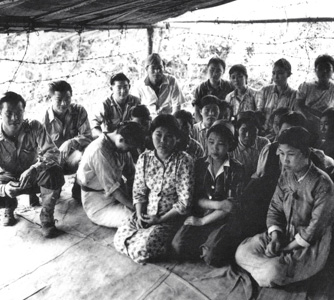 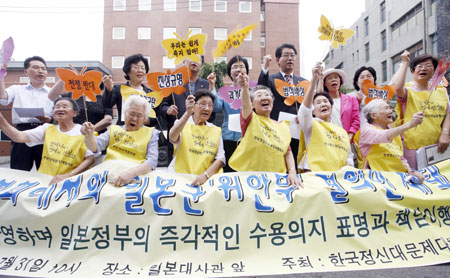 Cheng Chen-tao cries during a speech at … 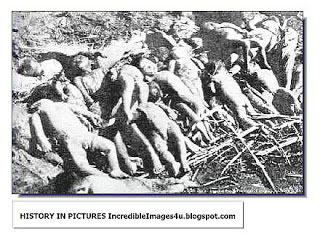 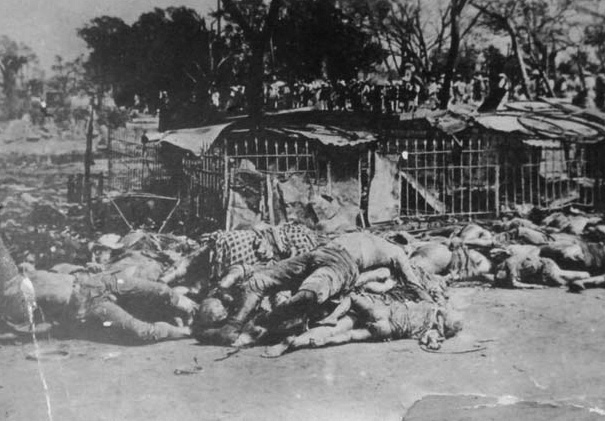 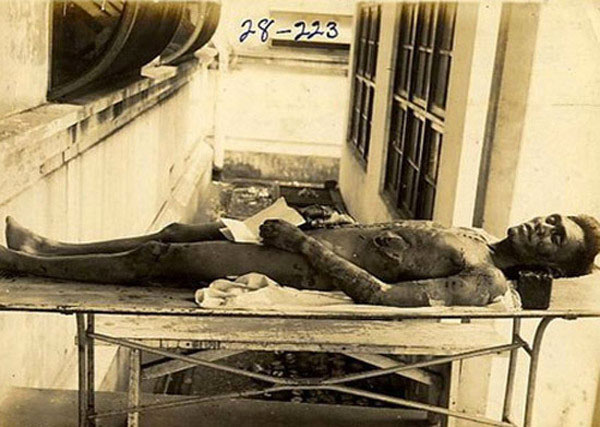 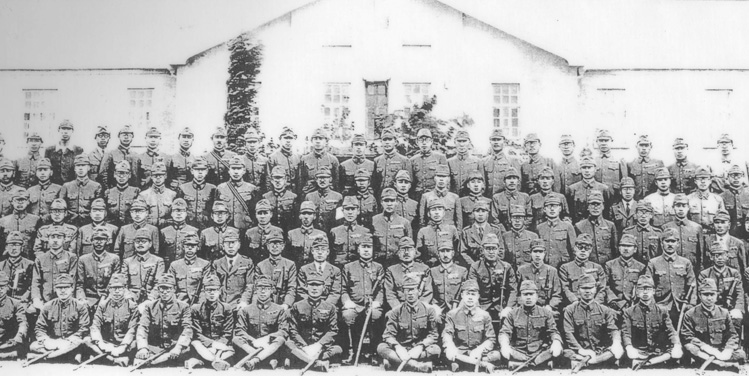 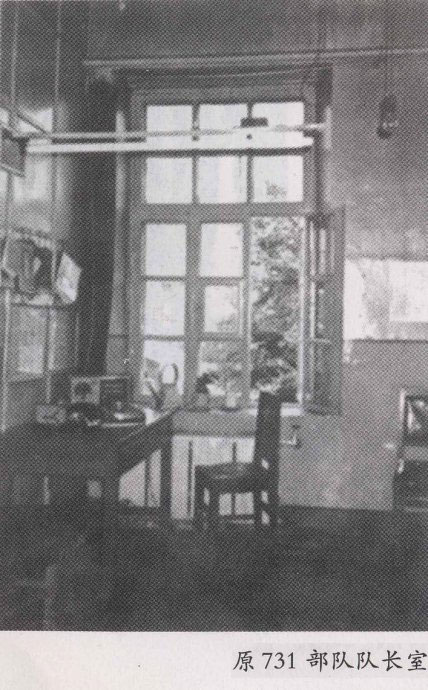 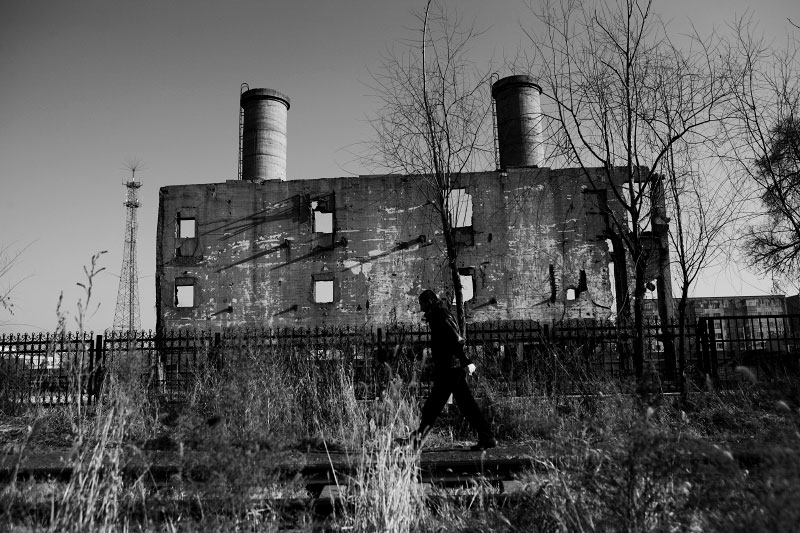 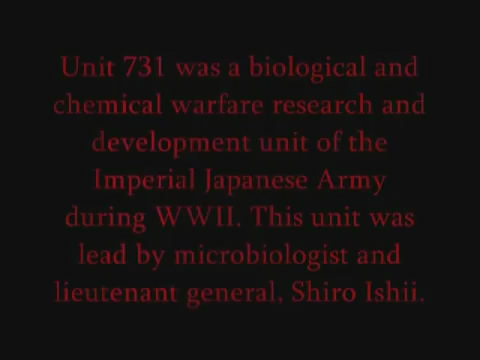 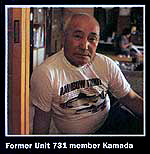 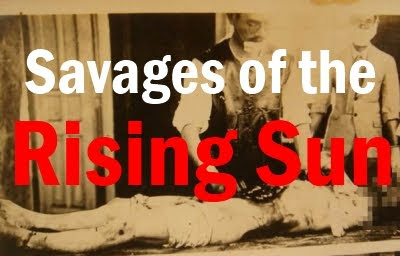 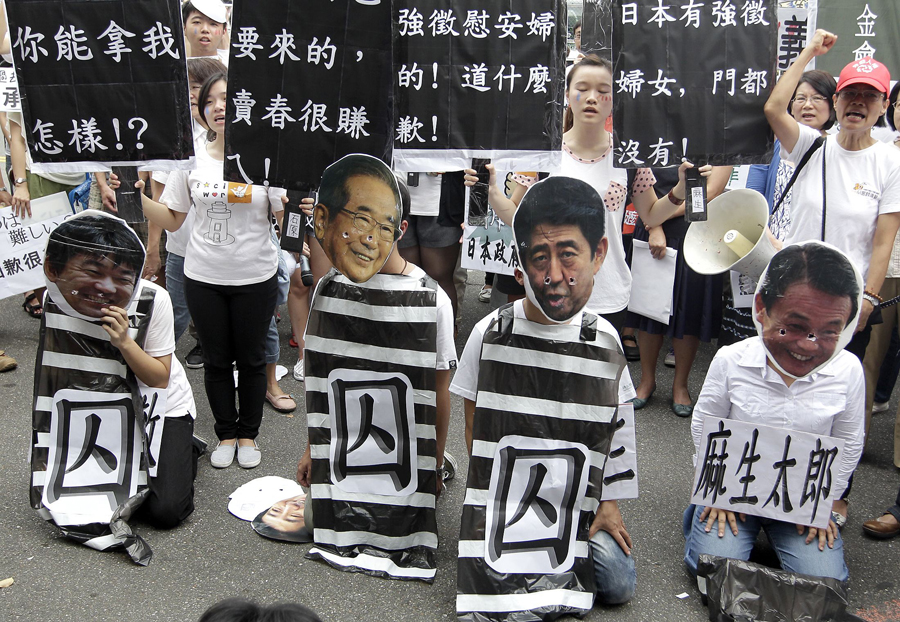 PARTS I AND II (COMBINED) BREATHTAKING HUBRIS AND HYPOCRISY: THE REAL NATURE AND FOUNDATIONS OF ANGLO-AMERICAN IMPERIUMS

“Birds of a Feather Flock Together”

Some may feel that this composite flag suggests memes that are unfair in suggesting comparisons with and between Nazism and British Colonialism/Imperialism and American Imperialism. But as this essay will unfold, the evidence and sources referred to will show to most reasonable people I believe, that these comparisons are quite fair and even understate a wider and even more ugly totality.

It was U.S. and British governments and intelligence that shielded from prosecution, wanted Nazi and Japanese war criminals, some involved in “medical experiments” to produce chemical, biological and atomic WMDs, after World War II; it was these same services that put other wanted Nazi and Japanese war criminals in high positions in the governments and intelligence services of various nations only because of their anti-Communist “credentials” (“The enemy of my enemy is my friend”)

These wanted war criminals wound up as high level politicians (one a Prime Minister of Japan), at high levels of the Yakuza and other underground criminal conspiracies, as professors at prestigious universities and as “scientists” developing Anglo-American WMDs at places like Ft. Detrick. Md a notorious place for the development of biological as well as chemical weapons of mass destruction that then continued this work as well as covered-up where some of the “data” had come from and how it had been obtained.

“Medical” and “Delivery” Experiments to Develop Chemical and Biological Weapons Using Human Beings and even Whole Cities Started by Japaneseand German Fascists Continued in the U.S. and Elsewhere Post-War FINAL REPORT TO U.S. CONGRESS 2007 ON U.S. AND ALLIED COVER-UPS OF PROTECTION OF NAZI AND JAPANESE WAR CRIMINALS IN RETURN FOR “RESULTS” OF “MEDICAL EXPERIMENTS” TO DEVELOP CHEMCIAL, BIOLOGICAL AND ATOMIC WMDs CONDUCTED INCLUDING ON ALLIED POWs 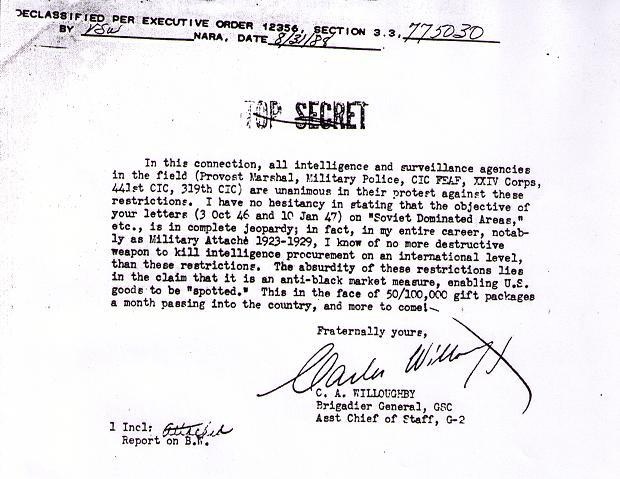 ANGLO-AMERICAN ORIGINS OF AND INFLUENCES ON NAZI AND JAPANESE IDEOLOGIES, RACIAL THEORIES, “EUGENICS”, “MEDICAL EXPERIMENTS” AND WMDs and OTHER ATROCITIES

The origins of Nazi and Japanese fascist ideology, including “racial theories” have their origins of the imperial and colonial ideologies and racial theories of the British and American Imperiums. In fact both the Japanese and German fascist theorists, along with Hitler himself personally, acknowledged their “inspirations” to have been the historical experiences, policies and racial theories of British and American imperialism and colonialism in the above quotation from John Toland’s “Adolf Hitler Volumes I and II” and in “Hitler’s Secret Conversations” by Hugh Trevor-Roper.

“He [Hitler] was very interested in the way the Indian population had rapidly declined due to epidemics and starvation when the United States government forced them to live on the reservations. He thought the American government’s forced migrations of the Indians over great distances to barren reservation land was a deliberate policy of extermination. Just how much Hitler took from the American example of the destruction of the Indian nations his hard to say; however, frightening parallels can be drawn. For some time Hitler considered deporting the Jews to a large ‘reservation’ in the Lubin area where their numbers would be reduced through starvation and disease.” (James Pool, Hitler and His Secret Partners: Contributions, Loot and Rewards, 1933-1945; Pocket Books, N.Y.op cit. p. 273-274).

“Having been a devoted reader of Karl May’s (sp?) books on the American West as a youth, Hitler frequently referred to the Russians as ‘Redskins.’ He saw a parallel between his effort to conquer and colonize land in Russia with the conquest of the American West by the white man and the subjugation of Indians or Redskins. ‘I don’t see why,’ he said, ‘a German who eats a piece of bread should torment himself with the idea that the soil that produces this bread has been won by the sword. When we eat wheat from Canada, we don’t think about the despoiled Indians.’[James Pool, Hitler and His Secret Partners: Contributions, Loot and Rewards, 1933-1945; Pocket Books, N.Y. 1997 pp. 272-75]

And from some more “primary” sources in Anglo-American History:

“The depiction of Indians as wild beasts was quite common among early English and American leaders, including George Washington and Thomas Jefferson. David E. Stannard writes:

‘As is so often the case, it was New England’s religious elite who made the point more graphically than anyone. Referring to some Indians who had given offense to the colonists, the Reverend Cotton Mather wrote:

“Once you have but got the Track of those Ravenous howling Wolves, then pursue them vigourously; Turn not back till they are consumed… Beat them small as the Dust before the Wind.”

Lest this be regarded as mere rhetoric, empty of literal intent, consider that another of New England’s most esteemed religious leaders, the Reverend Solomon Stoddard, as late as 1703 formally proposed to the Massachusetts Governor that the colonists be given the financial wherewithal to purchase and train large packs of dogs “to hunt Indians as they do bears.”‘[American Holocaust: Columbus and the Conquest of the New World (New York & Oxford: Oxford University Press (1992)), p. 241]“

From Amherst College named after “Lord” Jeffrey Amherst (after whom many towns and cities were named and with statues of him in them all):

Amherst College china plates depicting mounted Englishman with sword chasing Indians on foot were in use until the 1970′s.

And from some of the earliest known forms of calculated Biological Warfare that later inspired the Nazis (from their own mouths) “Lord” Jeffrey Amherst:

“.. Captain Simeon Ecuyer had bought time by sending smallpox-infected blankets and handkerchiefs to the Indians surrounding the fort — an early example of biological warfare — which started an epidemic among them. Amherst himself had encouraged this tactic in a letter to Ecuyer. [p. 108] (Carl Waldman’s Atlas of the North American Indian [NY: Facts on File, 1985].

Waldman writes, in reference to a siege of Fort Pitt (Pittsburgh) by Chief Pontiac’s forces during the summer of 1763)

“Sir Jeffrey Amherst noted for his deliberate use of smallpox-infected blankets as a weapon against Indians. Amherst and his British lieutenants were a marked change from the French commanders at the forts throughout the Old Northwest and Canada. He made no effort to build goodwill with Indian peoples. He had no respect for Indian leaders, treated them contemptuously, and frequently described them as ‘wretched people’. He put an immediate end to the traditional French practice of giving Indians ball and powder when they ran short; he also prohibited emergency provisions if game was scarce, and clothing or gifts of goodwill. Lord Amherst (for whom Amherst College is named) initiated a genocidal new policy:‘Could it not be contrived’ he wrote to one of his officers, ‘to send the smallpox among the disaffected tribes of Indians? We must on this occasion use every strategem in our power to reduce them’. Blankets were taken from the crest of the Appalachian Mountains. It delineated Indian country as west of the line; colonists lands as east of the line.” [Judith Nies “Native American History: A Chronology of a Culture’s Vast Achievements and Their Links to World Events”, Ballantine Books, N.Y., 1996, pp. 190-192]

“The Seneca invaded forts in Pennsylvania. Delaware Indians attacking Fort Pitt (formerly Fort Duquesne, now Pittsburg) were presented with ‘gifts’ of blankets taken from the smallpox ward of the fort’s hospital. It started an epidemic that would rage through the Delaware villages and Shawnee towns of Ohio, decimating their populations. Still, by the end of 1763, eight out of 12 British posts had been captured and their garrisons ‘massacred’… Pontiac’s War became a major topic of debate in Britain. The English enlarged Sir Jeffrey Amherst’s powers to subdue the rebellion. (The smallpox blankets of Fort Pitt had been Lord Amherst’s inspiration).” [Judith Nies, Ibid, p. 195]

Bertolt Brecht summed-up the dangerous mentality of the smug elites who write checks with their mouths they pass on to others to cash with the blood and treasure of others.

Those who take the meat from the table,
teach contentment.
Those for whom the taxes are destined,
demand sacrifice.
Those who eat their fill, speak to the hungry,
of wonderful times to come.
Those who lead the country into the abyss,
call ruling too difficult,
for ordinary folk.