Some Research Materials on some Critical Issues of Our Times

Posted on August 11, 2015 by Omahkohkiaaiipooyii 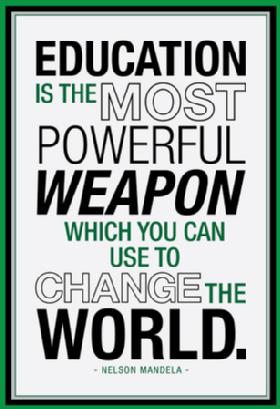 Posted on June 15, 2015 by Omahkohkiaaiipooyii

(For a much clearer/larger view of Mt. Myohyang, DPRK, please click the photo image.)

Dear friends and supporters of The 4th Media,

In July 25 of this year, The 4th Media, working together with a tour company, calledGlocal Encounters is going to launch its first global “Study Tour” project to DPRK.

Through its newly-launched long-term study tour projects in the coming years, The 4th Media is committed to develop its global culture/education tour project which is determined toenhance, broaden, deepen and diversify world’s peoples’ understandings, solely based upon the most universal (therefore “should be globally observed”) principles such as mutual-respect, peaceful coexistence and co-prosperity, of great diversity of human cultures around the globe.

The following excerpt is from UNESCO’s 2001 Declaration of “Cultural Diversity“:

“In its rich diversity, culture has intrinsic value for development as well as social cohesion and peace.

Cultural diversity is a driving force of development, not only in respect of economic growth, but also as a means of leading a more fulfilling intellectual, emotional, moral and spiritual life. This is captured in the seven culture conventions, which provide a solid basis for the promotion of cultural diversity. Cultural diversity is thus an asset that is indispensable for poverty reduction and the achievement of sustainable development.

At the same time, acceptance and recognition of cultural diversity – in particular through innovative use of media and ICTs – are conducive to dialogue among civilizations and cultures, respect and mutual understanding.” (from UNESCO)

The 4th Media’s next (second) study tour project starts with China either late this year or early next year. In the long run, however, we also plan to organize goodwill friends and tourists from around the world to Russia, Mongolia and several  Central Asian nations such as Kazakhstan, Uzbekistan, Turkmenistan, Kyrgyzstan, and so on.

But, today, The 4th Media is determined to do its best to successfully organize its first study tour group to DPRK on the special occasion of the 62nd Anniversary of Armistice Agreement which was signed in July 27, 1953.
END_OF_DOCUMENT_TOKEN_TO_BE_REPLACED

For the past year and a half, lawyer Fay Brunning has been fighting to get the federal government to hand over documents about the St. Anne’s residential school.

It’s a school that the Truth and Reconciliation Commission and a judge described as having the worst cases of abuse out of any residential school in Canada. Brunning, who represents survivors, says they were taken away from their parents at age five or six for 10 months a year. They were forced to eat vomit, subjected to sexual and physical abuse and put in an electric chair. 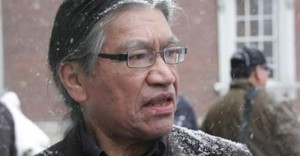 “The little ones first,” recalls Edmund Metatawabin to the Wawatay News in July. “And I was, I think, about number seven or eight, meaning I was one of the smaller ones.”

The children sat on a wooden seat with their arms strapped to a metal chair. A Brother held a wooden box with a crank ready to send the electric charge.

“Your feet is flying around in front of you, and that was funny for the missionaries,” Metatawabin says. “So all you hear is that jolt of electricity and your reaction, and laughter (of the Catholic school administrators) at the same time. We all took turns sitting on it.”

An Ontario judge recently ruled the federal government must turn over the documents, meaning adjudicators in the future will have the documents when making decisions in compensation claims under the Indian Residential Schools Settlement Act. Survivors will no longer have to prove the level of abuse in each case.

“They are very relieved the justice system has worked,” says Brunning about survivors she spoke to today. “They want to believe the apology meant something.”

Brunning says because of the residential schools, survivors are still afraid of authority. For many, they are marginalized individuals and often find themselves on the wrong side of the law. “If law can work in their favour, that is probably a first.”

Here is an interview with a survivor:

St. Anne’s is in Fort Albany in northern Ontario. It was open from 1904 to 1976 and had hundreds of aboriginal children from remote James Bay communities walk through its doors. A police probe from the 1990s turned up evidence of horrific abuse, including an electric chair. A government had said Ottawa received the documents from police on an undertaking they would not be passed on to anyone. Ontario Superior Court Judge Paul Perell says the government misinterpreted its obligations and should turn over the more than 7,000 records to the Truth and Reconciliation Commission. The reports must also be turned over to the Independent Assessment Process, an out-of-court process for the resolution of claims of abuses suffered at residential schools.

Aboriginal Affairs Minister Bernard Valcourt told Kevin Newman Live in an email the government is “pleased that the court clarified we can now disclose St. Anne’s residential school documents, and, now that we have the court’s permission, we will do so.” His office declined to answer any follow-up questions.

“(This is) a huge victory for the survivors of St. Anne’s and a complete repudiation of the Conservative government who have undermined the rights of these victims again and again,” says New Democrat MP Charlie Angus to CP.

“I feel ashamed. I grew up in northern Saskatchewan and didn’t know this was going on,” Brunning says. “I went to law school because I like to help people and this is really rewarding work.”

After a year and a half and more than $250,000 spent from Brunning’s law firm Sack Goldblatt Mitchell, she is very relieved at the decision and will keep fighting for survivors.

“How do you give people back their lives,” she says. “We have to come to grips with our past.”

The Decline and Fall of the American State; Enjoy It

The 4th Media » The Decline and Fall of the American State; Enjoy It

The Decline and Fall of the American State; Enjoy It

The headlines at Drudge are an excellent barometer of what’s up with government and culture. Glancing over cops being killed by the other side of law enforcement (the people), Hillary’s new Whitewater files (this time electronic), Army and Secret Service partying, drug use, and sex rings, the predictable result of partial “legalization” of pot (neighborhood informers), we find a report that, “Confidence in government is lower than ever!”

We are government consumers and investors in these products, although we have little choice. The massive unitary state, this lock-stepping, integrated, wealth-consuming, constantly expanding Rube Goldberg machine is what we the people have bought, and we feed it daily. We are afraid not to, lest it fall down in a million pieces and smash us.
END_OF_DOCUMENT_TOKEN_TO_BE_REPLACED

Religious Fanaticism is a Huge Factor in Americans’ Support for Israel

Religious Fanaticism is a Huge Factor in Americans’ Support for Israel

A new poll from Bloomberg Politics contains a finding that, if you really think about it, is quite remarkable: Almost half of all Americans want to support Israel even if its interests diverge from the interests of their own country. Only a minority of Americans (47 percent) say that their country should pursue their own interests over supporting Israel’s when the two choices collide. It’s the ultimate violation of George Washington’s 1796 Farewell Address warning that “nothing is more essential than that permanent, inveterate antipathies against particular nations, and passionate attachments for others, should be excluded. … The nation which indulges towards another a habitual hatred or a habitual fondness is in some degree a slave.”
END_OF_DOCUMENT_TOKEN_TO_BE_REPLACED

Russia will celebrate the Allied victory over Nazism on Saturday without U.S. President Obama and other Western leaders present, as they demean the extraordinary sacrifice of the Russian people in winning World War II – a gesture intended to humiliate President Putin, writes ex-CIA analyst Ray McGovern.

President Barack Obama’s decision to join other Western leaders in snubbing Russia’s weekend celebration of the 70th anniversary of Victory in Europe looks more like pouting than statesmanship, especially in the context of the U.S. mainstream media’s recent anti-historical effort to downplay Russia’s crucial role in defeating Nazism.

Though designed to isolate Russia because it had the audacity to object to the Western-engineered coup d’état in Ukraine on Feb. 22, 2014, this snub of Russia’s President Vladimir Putin – like the economic sanctions against Russia – is likely to backfire on the U.S. and its European allies by strengthening ties between Russia and the emerging Asian giants of China and India.
END_OF_DOCUMENT_TOKEN_TO_BE_REPLACED

It’s been four years since a group of US Navy Seals assassinated Osama bin Laden in a night raid on a high-walled compound in Abbottabad, Pakistan. The killing was the high point of Obama’s first term, and a major factor in his re-election. The White House still maintains that the mission was an all-American affair, and that the senior generals of Pakistan’s army and Inter-Services Intelligence agency (ISI) were not told of the raid in advance. This is false, as are many other elements of the Obama administration’s account. The White House’s story might have been written by Lewis Carroll: would bin Laden, target of a massive international manhunt, really decide that a resort town forty miles from Islamabad would be the safest place to live and command al-Qaida’s operations? He was hiding in the open. So America said.

The most blatant lie was that Pakistan’s two most senior military leaders – General Ashfaq Parvez Kayani, chief of the army staff, and General Ahmed Shuja Pasha, director general of the ISI – were never informed of the US mission. This remains the White House position despite an array of reports that have raised questions, including one by Carlotta Gall in the New York Times Magazine of 19 March 2014. Gall, who spent 12 years as the Times correspondent in Afghanistan, wrote that she’d been told by a ‘Pakistani official’ that Pasha had known before the raid that bin Laden was in Abbottabad. The story was denied by US and Pakistani officials, and went no further. In his book Pakistan: Before and after Osama (2012), Imtiaz Gul, executive director of the Centre for Research and Security Studies, a think tank in Islamabad, wrote that he’d spoken to four undercover intelligence officers who – reflecting a widely held local view – asserted that the Pakistani military must have had knowledge of the operation. The issue was raised again in February, when a retired general, Asad Durrani, who was head of the ISI in the early 1990s, told an al-Jazeera interviewer that it was ‘quite possible’ that the senior officers of the ISI did not know where bin Laden had been hiding, ‘but it was more probable that they did [know]. And the idea was that, at the right time, his location would be revealed. And the right time would have been when you can get the necessary quid pro quo – if you have someone like Osama bin Laden, you are not going to simply hand him over to the United States.’
END_OF_DOCUMENT_TOKEN_TO_BE_REPLACED