Posted on February 10, 2015 by Omahkohkiaaiipooyii 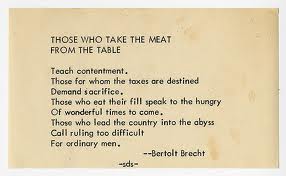 (commonly known as Kappa Alpha, KA, or “the Order”) is a social fraternity and a fraternal order founded in 1865 at Washington College in Lexington, Virginia. As of 2014, the Kappa Alpha Order lists 122 active chapters, 7 provisional chapters, and 33 suspended chapters.[2] Along with Alpha Tau Omega and Sigma Nu, the order represents a third of the Lexington Triad. Since its establishment in 1865, The Order has initiated more than 150,000 members.[3]

Kappa Alpha Order was originally founded as Phi Kappa Chi on December 21, 1865, at Washington and Lee University in Lexington, Virginia. James Ward Wood, William Archibald Walsh, and brothers William Nelson Scott and Stanhope McClelland Scott are the founders of the fraternity.[4] Soon after the founding, the local Virginia Beta chapter of Phi Kappa Psi protested the name “Phi Kappa Chi”, due to the similarity of the names, leading Wood to change the name of the fraternity to K.A. by April 1866. The popular Kuklos Adelphon society had gone defunct during the Civil War, and it is suspected that Wood selected the letters K.A. to attract those who were familiar with the old society.[5] Within one year, the order’s ritual would be expanded upon by Samuel Zenas Ammen, who was dubbed the “practical founder”. In the years that followed, the fraternity spread throughout the Southern United States, as well as other states such as California, Arizona and New Mexico.

KA is one-third of the Lexington Triad, along with Alpha Tau Omega and Sigma Nu.[6] The founders listed Robert E. Lee‘s chivalry and gentlemanly conduct as an inspiration, and he was designated the “Spiritual Founder” of the Order by John Temple Graves at the 1923 Convention.[7]

The flowers of the order, and a ribbon featuring the order’s motto adorn the bottom of the crest. The crest itself is representative of several things; the hand holding the axe represents the continuing power of the Knight Commander and of the order. The Helmet was, at one time, a symbol used by the Knight Commander of the Order. The badge is featured at the center of the crest, and the lions on either side represent different things each. The lion on the left, looking away, symbolizes “rampant”, meaning magnanimous. The lion on the right, looking towards you, symbolizes “regardent”, which means cautious or circumspect.[1]

The fraternity has been criticized for racial insensitivity, identification with the Confederacy, and racism. In November 2002, the Zeta Psi and Kappa Alpha Order chapters at the University of Virginia were suspended and subsequently cleared after the fraternities held a Halloween party where a few guests were photographed wearing blackface and dressed up as Uncle Sam and Venus and Serena Williams.[18][19]

In 2009, Kappa Alpha Order at the University of Alabama was criticized for wearing Confederate uniforms for an “Old South” parade that passed by an African-American sorority house celebrating its 35th anniversary. The organization apologized for any offense that might have been caused. Kappa Alpha Order on other campuses, including Auburn, Centenary College, Mississippi State University, and the University of Georgia had already ceased to wear Confederate uniforms in public following complaints from black students.[20] The national organization has since banned the wearing of Confederate uniforms to its “Old South” parades.[21]

From Wikipedia, the free encyclopedia
Jump

This is a list of notable alumni of Kappa Alpha Order.