Posted on April 26, 2015 by Omahkohkiaaiipooyii

‘If leaks were the real concern, Petraeus would receive punishment as harsh as the government demanded for other accused leakers’
by Andrea Germanos

The light sentence a federal court gave Gen. David Petraeus on Thursday is indicative of the hypocrisy in the two-tiered justice system that aims to aggressively punish whistleblowers, rights groups have charged.

The former CIA head pleaded guilty at a federal court in Charlotte, North Carolina for leaking highly classified information, including identities of covert officers, war strategy, intelligence capabilities and mechanisms, via “black books” with his biographer and mistress, Paula Broadwell. 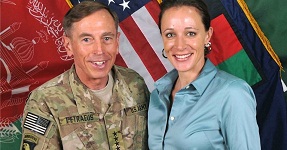 For the leak, a misdemeanor charge for violating the Espionage Act, U.S. Magistrate Judge David Keesler’s sentenced Petraeus to two years’ probation and a $100,000 fine. The retired four-star general leader had reached a plea deal (pdf) with the Justice Department in March which also included two years’ probation but a $40,000 fine. He was not sentenced to any time in prison.

Investigative journalist Marcy Wheeler writes that the higher fine, “issued to send a message,” is equal to “about 75% of one speaker’s fee for Petraeus.”

Whistleblowers and their advocates have pointed out the discrepancy between the aggressive sentences the administration has pursued for high level officials and those who’ve blown the lid on government wrongdoing.

John Kiriakou, a former CIA counter-terrorism officer and the only government official to be punished in connection with the Bush-era torture program, said ahead of the sentencing that charging Petraeus under the Espionage Act was wrong, as it was in his own case.

“Both Petraeus and I disclosed undercover identities (or confirmed one in my case) that were never published. I spent two years in prison; he gets two years probation,” Kiriakou stated.

“GAP’s whistleblower clients lost their careers and spent millions on legal fees while Petraeus was able to retain his security clearance, advise the White House, make lucrative speeches across the globe, and pull in a massive salary as a partner in one of the world’s biggest private-equity firms.

“The fact that Petraeus is the recipient of a such a comparatively light sentence is of particular significance considering that three most recent directors of the CIA–Leon E. Panetta, Petraeus and John O. Brennan–have all leaked classified information casually, regularly and with impunity.

“The leak prosecution double standard makes clear that the Obama administration’s record breaking number of Espionage Act prosecutions has nothing to do with protecting classified information and everything to do with punishing and silencing whistleblowers. If leaks were the real concern, Petraeus would receive punishment as harsh as the government demanded for other accused leakers,” Radack stated.