The Art of Getting Disbarred for Perjury

Posted on December 19, 2013 by Omahkohkiaaiipooyii

The Art Of Getting Disbarred For Perjury 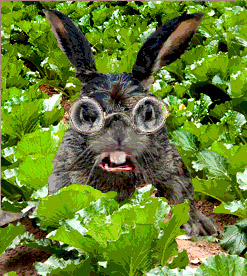 Disbarment is somewhat like suicide. If you’re a neurotic lawyer hell-bent on self-destruction, there are a couple of easy ways to get yourself thrown out of the bar, and a whole bunch of messy ways that aren’t guaranteed to get the job done.

I won’t go into the details of how to make absolutely certain a suicide attempt results in death — you probably know, anyway. And I’ll leave to your imagination how the job can be bungled (e.g., choosing a bridge that isn’t high enough).

But the means by which lawyers commit professional suicide are subtle, so I probably should offer some explanation, even if it’s for no better purpose than gratifying laypeople’s voyeuristic curiosity, which is as good a reason as any and better than most for writing this commentary.

I’ve been a lawyer for almost 40 years (my anniversary is next spring), over half of which I spent as a judge of sorts, so I’ve had ample opportunity to observe that portion of humanity which is licensed to practice law, and I’ve come to some conclusions.

There are only two things a lawyer can be absolutely certain will get him/her disbarred: Steal from your clients or, even worse, fail to pay your bar dues. The latter is the most serious conceivable offense and will get a lawyer suspended within 31 days, guaranteed, with permanent disbarment sure to follow if the delinquent dues are not eventually coughed up. Stealing client funds is almost as certain to result in professional capital punishment, but takes longer because of messy formalities like due process, etc.

Just as you can kill yourself by other ways besides jumping off the Golden Gate Bridge onto the deck of a passing ship (the guy who did this landed in the water on his first attempt, and evidently deduced from his survival that a body hitting steel decelerates faster than one hitting water), a lawyer determined to commit professional suicide may resort to methods other than stealing client funds or not paying mandatory bar dues, but selecting an alternate method of suicide — one not guaranteed to result in professional death — often evinces a wishy-washy attitude toward the outcome, i.e. s/he is not quite certain that s/he wants to die, and so leaves open the possibility of surviving, as when a prospective suicidee swallows only half a bottle of sleeping pills or jumps off a culvert into the bushes below.

For example, committing fraud is not guaranteed to get a lawyer disbarred. In fact, it usually won’t.  If getting disbarred is in fact the motivating intent of a lawyer’s fraudulent behavior, there’s a lot that can go wrong with it. For example, if nobody complains to the licensing authority, nothing will be done about it. This probably explains why few if any of the lawyers who spoonfed robosigned foreclosure papers to courts on behalf of crooked banks suffered any licensing consequences. In many states, judges refused to process these documents, but didn’t go after the lawyers.

If committing fraud won’t necessarily get a lawyer disbarred, committing perjury is even more ineffective. True, perjury is a crime in most states, but criminal perjury statutes are almost never enforced. If they were, Congress and all the state legislatures would be immediately depopulated, and perhaps that’s why prosecutors and judges are reluctant to enforce perjury laws. However disreputable legislative bodies are, they are somehow deemed essential to social order, and therefore are allowed to go about their dishonest business.

I’m not saying it’s impossible to get disbarred by committing perjury. It can be done if a lawyer really works at it. For example, in Georgia, a lawyer was disbarred earlier this year after pleading guilty to perjury. This case is highly unusual in that the lawyer not only had disciplinary action taken against her, but also was prosecuted under the criminal perjury statute. So this case is instructive for the purpose of determining what it takes for a lawyer to both get convicted of perjury and disbarred for perjury.

“In 2010, Swank was arrested on charges she forged a Fulton judge’s signature on several court orders. Those orders, required before a child can be placed for adoption, were presented by Swank on behalf of the Catholic Charities of the Archdiocese of Atlanta, the GBI said.”

That works in Washington, too. I recall a lawyer who appeared before me when I was a judge. He was disruptive and abusive — frankly, I thought he was nuts — but I realized the bar association wouldn’t do anything about that if I complained. I didn’t have to. People like him are bound to self-destruct sooner or later, and he did, about a year later. He filed for divorce against his wife, and forged her signature to all the documents, including the property settlement which needless to say awarded all the property to him. That, by itself, might not have done it, but he also forged the judge’s signature to the orders, and that did do it. He was disbarred, although as I recall, he wasn’t prosecuted and didn’t go to jail.

And, of course, Bill Clinton was famously disbarred for lying under oath to a grand jury, but that was a special case that holds no lessons for the rest of us.  The massive publicity that his misbehavior, including the spectacular repurposing of a cigar, received put the Arkansas bar association in a position where it had to either do something or look silly.  That was also the case with our own bar association here in Washington, which for over a century had no rule against lawyers sleeping with their clients, until the president of the bar association got caught doing it five times and the Seattle Times splashed it all over its front page.  Bad publicity is the ultimate means of coercion against recalcitrant institutions.

Anyone who has ever been a party in a court trial thinks the lawyer on the other side was a lying bastard whose every word was a fabrication, and left the courtroom wondering why the judge didn’t hold him in contempt and order the bailiff to bundle him off to jail. The explanation is complicated. It begins with the dilemma that the judge wasn’t there and didn’t see for himself exactly what happened, and therefore didn’t know for sure which side was lying. Probably they both were. And then there’s the problem that if every lawyer who has ever fed bullshit to a court was disciplined for it, the profession quickly would be depopulated and there would be no one left to represent clients or try cases, and judges don’t really want clients representing themselves because pro se cases are a lot more work and take much longer to push through the already clogged court system. So judges usually confine themselves to making weight-of-evidence decisions (or instruct juries about how to do that, if a jury is making the factual determinations), in order to get the case resolved and be able to start the next trial on schedule.

Lawyers know, of course, there’s little chance that taking license with the truth will get them into serious license trouble. Disciplinary counsel won’t like it if a dilatory lawyer lied to a court about performed specified work or complying with court directives when s/he didn’t, but this usually results in only a reprimand or censure unless the lawyer is a serial offender and the Office of Disciplinary Counsel is getting tired of how much work that lawyer is making them do.

For a litigant, it’s difficult to get any kind of litigation advantage from the other side’s lawyer’s bad behavior. Usually courts are inclined to treat complaints about lying lawyers as weight of evidence matters. Or sour grapes whining.  In addition, in most jurisdictions, a litigant alleging fraud against the other party must prove the fraud to a higher standard of proof, typically “clear, cogent, and convincing” or something like that. This is hard to do, although not impossible if the litigant has been gifted with an egregiously stupid and perfidious lawyer on his opponent’s side.  Such lawyers are hard to come by, though, and are to be treasured when encountered.

All in all, there are easier ways to win legal disputes than by trying to prove the other guy’s lawyer is a liar. In any case, lying is neither a crime nor a disciplinary infraction unless it’s done under oath; otherwise it’s simply free speech. (Congressmen are aware of this, of course, which is why they administer oaths requiring others to tell the truth but hardly ever submit to such oaths themselves; they take the Fifth Amendment instead.) In most trials and legal cases, the easier path is to simply prove your case with good evidence, and let your legal victory be your lying opponent’s punishment.

Not a few legal cases, especially those involving family disputes, aren’t wrapped up with a single verdict. Most family feuds aren’t so tidy that a single lawsuit can put the feud to rest. These situations tend to return to court again and again, often to the same court and judge. Most judges aren’t stupid (a few are); and after a while they figure out who the liar is. The liar and his lying attorney will still be allowed to propound their lies in court, because due process requires that even liars and thieves get their day in court. But liars get reputations, and when you’re up against someone like that, after you win the first time you’re pretty much assured of winning all the time. That’s why it’s so important in family feud cases to have an effective lawyer representing you — damn the cost — and try to get a smart judge who can see through bullshit and be trusted to rule in favor of the party who deserves to win and should win. If you are the party who deserves to win, and if you do win, the fact the thief and liar lost by itself usually is sufficient punishment.  In other words, justice is its own reward.

But in those cases where it becomes apparent that your opponent’s lawyer is intent upon self-destruction, you probably should go ahead and file a complaint with the licensing authority. If the lawyer is trying to get himself/herself disbarred, you’ll be doing him/her a favor. It’s damned hard to get disbarred for perjury, and any lawyer attempting it needs all the help s/he can get.  Let the lawyer pick a bridge, then give him/her a helpful push.