No Russian Troops Fighting against Ukraine

Posted on February 1, 2015 by Omahkohkiaaiipooyii

No Russian Troops Fighting against Ukraine

Ukrainian Government: “No Russian Troops Are Fighting Against Us”. Sanctions against Russia based on Falsehoods 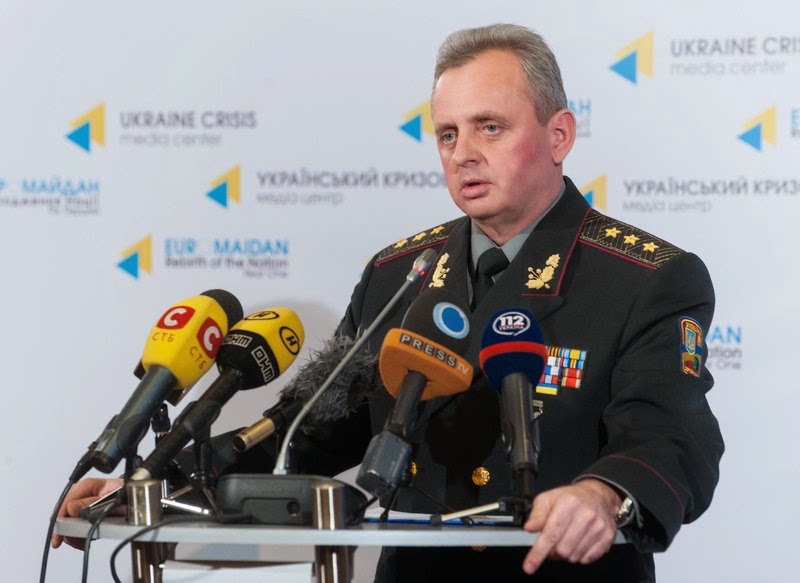 Here is a screen-print of a google-chrome auto-translation of that statement: The Chief of Staff of Ukraine’s Armed Forces, General Viktor Muzhenko, is saying, in that news-report, which is dated on Thursday January 29th, that the only Russian citizens who are fighting in the contested region, are residents in that region, or of Ukraine, and also some Russian citizens (and this does not deny that perhaps some of other countries’ citizens are fighting there, inasmuch as American mercenaries have already been noted to have been participating on the Ukrainian Government’s side), who “are members of illegal armed groups,” meaning fighters who are not paid by any government, but instead are just “individual citizens” (as opposed to foreign-government-paid ones).

General Muzhenko also says, emphatically, that the “Ukrainian army is not fighting with the regular units of the Russian army.”

The allegation to the effect that Ukraine is instead fighting against “regular units of the Russian army” is the allegation that Vladimir Putin’s Russia has invaded Ukraine, and it is the entire basis for the economic sanctions that are in force against Russia.

Those sanctions should therefore be immediately removed, with apology, and with compensation being paid to all individuals who have been suffering them; and it is therefore incumbent upon the Russian Government to pursue, through all legally available channels, restitution, plus damages, against the perpetrators of that dangerous fraud — and the news reports have already made clear precisely whom those persons are, who have asserted, as public officials, what can only be considered to be major libel.

Otherwise, Ukraine’s top general should be fired, for asserting what he has just asserted.

If what General Muzhenko says is true, then he is a hero for having risked his entire career by having gone public with this courageous statement. And, if what he says is false, then he has no place heading Ukraine’s military.

Investigative historian Eric Zuesse is the author, most recently, of They’re Not Even Close: The Democratic vs. Republican Economic Records, 1910-2010, and of  CHRIST’S VENTRILOQUISTS: The Event that Created Christianity.

Foreign Troops in Ukraine? You Bet!

The US-backed president of Ukraine, Petro Poroshenko, was among the elites gathering in Davos, Switzerland this week to attend the 2015 World Economic Forum. During his speech he made the remarkable claim that 9,000 Russian troops were currently fighting in Ukraine on behalf of the independence-seeking areas of the country. These 9,000 troops have brought with them tanks, heavy artillery, and armored vehicles, he claimed. “Is this not aggression?” he asked the gathered elites.

The US was quick to amplify Poroshenko’s claims, with US Ambassador to the UN Samantha Power Tweeting today:

State Department Spokesperson Jen Psaki was asked whether the US might at least admit that the missiles fired by the Kiev authorities into residential areas in eastern Ukraine this week were a violation of the September ceasefire agreed upon in Minsk, Belarus.

She refused to admit as much, and in fact sherefused to even admit that the shells killing scores of civilians this past week were fired by the US-backed regime in Kiev. “Russia is not complying” with the agreement was all she would say.

NATO agreed with the US government assessment, adding that the movement of heavy equipment from Russia into Ukraine had increased in pace recently.

There appears to be a problem, however. The 9,000 troops and heavy weapons and equipment that purportedly accompanies them have been seen by no one. There are no satellite photos of what would certainly be a plainly visible incursion.

We know from incredibly detailed satellite photos of Boko Haram’s recent massacre in Nigeria that producing evidence of such large scale movement is entirely within the realm of US and NATO technological capabilities. Still there remains a lack of evidence.

Moreover, the Organization for Security and Cooperation in Europe, which is on the ground monitoring the border crossings between Ukraine and Russia, reported just this week that, “At the two BCPs (border crossing points) the OM (observer mission) did not observe military movement, apart from vehicles of the Russian Federation border guard service.”

If there has been an increase of Russian heavy weapons into Ukraine, why are the satellites in the skies and the eyes on the ground blind to them?

Poroshenko, who last week vowed to re-take eastern Ukraine by force, this week offered a different solution to the ongoing conflict:

The solution is very simple — stop supplying weapons … withdraw the troops and close the border. If you want to discuss something different, it means you are not for peace, you are for war.

That is probably good advice, but how ironic that it comes the very same week the Pentagon announced that US soldiers would be deployed to Ukraine this spring to begin training that country’s national guard. US military on the ground in Ukraine is a significant escalation, far beyond the previous deployment of additional US and NATO troops in neighboring Poland and the Baltics.

Additionally, the US announced it was transferring heavy military equipment to the Ukrainian armed forces, including the Kozak mine-resistant personnel carrier and some 35 other armored trucks.

The US government has reportedly set aside several million dollars to help train the Ukrainian national guard.

Considering the fact that the national guard was only re-formed after last year’s US-backed coup and is made up in large part of neo-Nazis from the extremist Right Sector, one would hope some of the money is spent dissuading members from such an odious ideology.

So Russia has no business claiming interest in unrest on its doorstep, but the US has every right to become militarily involved in a conflict which has nothing to do with us nearly 5,000 miles away? Interventionist illogic.