Posted on April 22, 2015 by Omahkohkiaaiipooyii

On April 9, San Bernardino sheriff’s deputies were caught on video by a news chopper beating up out of Francis Jared Pusok, who fled on a horse that kicked a deputy. 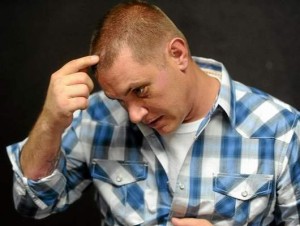 (Pusok’s attorney says the deputies were trying to serve a warrant that had nothing to do with him.) Yesterday, the county settled in record time for $650,000. Pusok told a Los Angeles TV station one of the deputies whispered in his ear, “This isn’t over.” Right, this won’t be over until he’s fired, because retaliation has no place in legitimate policing.

Photo: Pusok points to head injuries from being tasered.

Unfortunately for the cop, a neighbor caught the whole thing on her cellphone, and the cop’s actions are now under investigation. The woman, who frequently records police activity, is no stranger to police abuse. She has hired a lawyer and is going to sue. As usual, taxpayers will pay, and little or nothing will happen to the bully cop. You can read a news story about this incident, which happened Sunday in a Los Angeles suburb, here.

America’s police are out of control. They’re killing unarmed people, some of them innocent (including kids), they’re bullying and intimidating citizens who’ve done nothing wrong, and they’re falsely charging people, lying on police reports, planting evidence, and sending innocent people to prison. This is happening because the wrong people are being hired to be cops, their training emphasizes use of violence, they’re not being effectively supervised, and police departments are adopting military tactics. The root cause of all these problems is laws giving police criminal and civil immunity, and lack of citizen control over their police departments, resulting in a near-total breakdown of the accountability system. Large swaths of the public, especially in minority communities, is losing all respect for the police, whose very legitimacy is now on the line. 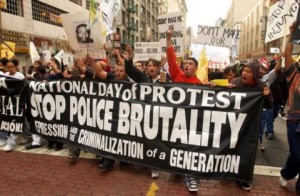 Things must change before we turn into a police state where cops go to war against ordinary law-abiding citizens. Bad cops must be removed from police forces, and violations of citizens’ rights must have meaningful repercussions, or citizens will have no rights. The police aren’t going to give us our rights back; we must take them back. It’s time to show the police we’re their bosses, not the other way around. We’ve got to put pressure on politicians to change laws and sack police officials who can’t or won’t control their subordinates’ behavior. Nothing less than our lives and freedoms are at stake.

Disclosure Of Junkets By Congress Members

The House Ethics Committee has quietly done away with the requirement that lawmakers disclose their all-expense-paid trips on annual financial forms, National…
talkingpointsmemo.com

Why is this man smiling? 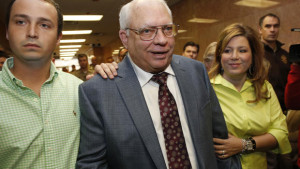 Robert Bates, a millionaire insurance executive whose hobby is playing cop, is shown here leaving a Tulsa courtroom after pleading not guilty to second-degree manslaughter charges for shooting a suspect with his gun instead of his taser. Why shouldn’t he be smiling? Far from being in jail, he’s heading to the Bahamas for a vacation.

Bob Bates, using his family as props, went on teevee to dispute reports that his training records were falsified that emerged after he shot an unarmed fleeing suspect with his gun, killing him, instead of tasering him, allegedly by mistake.

Bates’ lawyer, who sits beside him during his NBC Today Show appearance, interjected that the only person who claimed his training records were falsified was Cole Crittenden, an ex-cop now in jail for murder. But he’s confused. Crittenden was one of the sheriff’s department employees who signed off on Bates’ training records. The Tulsa World reporter who broke the story says his sources about the records falsification were other sheriff’s deputies who don’t want to be identified for fear of retaliation, according to this Daily Kos commentary.

If you needed more proof that it’s virtually impossible to convict killer cops in this country, here it is:

“In March 2012, 22-year-old Rekia Boyd was walking to a store with three friends near Douglas Park. Prosecutors said that Servin, who was off-duty, was upset over the noise and told the group to quiet down. After exchanging words, Servin fired five shots over his shoulder while sitting in his car. Boyd was hit in the head from behind and killed …. The group of four had their backs turned to Servin in an alley. Servin was charged with reckless conduct and reckless discharge of a firearm.” Yesterday, a judge dismissed all charges against Servin.

Yesterday, a Washington State man who did exactly the same thing, but isn’t a cop, got a 91-year sentence. 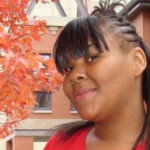 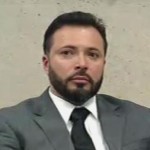 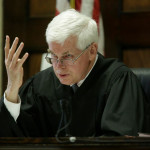