Posted on April 12, 2015 by Omahkohkiaaiipooyii

America not only has a police violence problem, it also has a police dishonesty problem. It’s hard to imagine something more dishonorable than sending innocent people to jail or death row; but, in fact, exonerating the innocent is rapidly becoming a booming legal industry.

I think America’s police departments need a housecleaning. Too many of the wrong peoplee people are hired as cops. (Not counting the insurance executive who bought a badge so he could play real-life cop, then fatally shot a suspect by accident, and now is a real-life manslaughter defendant.)

Philadelphia has a long-standing reputation for police corruption, so this is no surprise:

“A disgraced ex-police officer testifying against his drug squad colleagues acknowledged Tuesday that he stole drug money, planted evidence and lied on police paperwork too many times to count. … More than 160 drug convictions have been overturned since Walker pleaded guilty and the others were named in a 26-count indictment. Scores of civil-rights lawsuits are pending over the arrests.”

These guys probably will go to jail, but there’s plenty more like them still serving in America’s police departments. 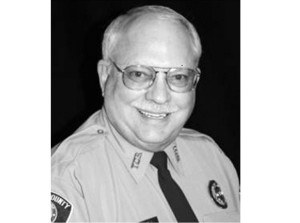 A major police scandal is brewing in Tulsa after an accidental shooting of a suspect by an old man with a badge and gun who wasn’t a real cop. He was a play cop who shot a suspect by mistake while allegedly reaching for his Taser. In real life, he’s a wealthy and elderly insurance executive who donated lots of equipment to the Tulsa C0unty Sheriff’s Office and, in return, was given the title of “reserve deputy” and allowed to go on the streets with a badge and gun until he killed a guy.  Now, from CNN this morning, we learn this:

“Some supervisors at the Tulsa County Sheriff’s Office were told to forge Robert Bates’ training records, and three who refused were reassigned to less desirable duties, the Tulsa World reported. … [A] Tulsa World reporter … has been asking for the names of the supervisors involved. ‘You would think the sheriff’s office, if in fact there has been no pressure applied, no falsification of records, that they would be forthcoming with these documents,’ she told CNN’s New Day. ‘We’ve asked for them. They’ve said they don’t believe they’re public records.’ … The sheriff’s office strongly denied the allegations in theTulsa World’s report. It also declined a CNN interview to respond to the claims.” 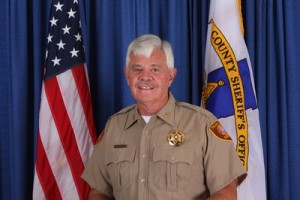 So here’s what we’re looking at:

1. The Tulsa County sheriff is an elected official who begs and pleads for his budget like every other agency head on the planet.

2. He accepted donations from a local businessman and, in return, let the donor play cop on the real-life streets of his jurisdiction.

3. The play cop accidentally killed a suspect. Whether the bad guy had it coming — he arguably did — is beside the point.  There’s a right way and a wrong way to police our cities and neighborhoods, and this is the wrong way. Cops are supposed to take suspects into custody, not deep-six them without a trial or due process.

4. It’s one thing if the sheriff’s men taught their play cop about police work, and something else if they faked training records to make it look like they did when they didn’t.

5. The sheriff punished the honest men in his department who objected to this.

6. Facing media scrutiny, the sheriff is stonewalling and covering up.

Obviously this is a problem for Tulsa voters to deal with; on one level, he’s their problem. On a broader scale, this latest incident strikes the public consciousness at a time when police agencies are under scrutiny as police violence, racism, and misconduct spiral out of control. It’s further proof of the deep moral rot afflicting American law enforcement. Our police have gotten away with too much, for too long, because accountability has broken down. We’ve got to fix that before things decline even farther.

Photos: (1) Officer Friendly may blow your brains out if his faltering hands grab his gun by mistake. (2) Sheriff Stanley Glanz, a former Tulsa city police major, has been the elected sheriff for 26 years and is as experienced as they come.