Posted on March 9, 2015 by Omahkohkiaaiipooyii

Western agribusiness, food processing companies and retail concerns are gaining wider entry into India and through various strategic trade deals are looking to gain a more significant footprint within the country.

The Knowledge Initiative on Agriculture (KIA) and the ongoing India-EU free trade agreement talks have raised serious concerns about the stranglehold that transnational corporations could have on the agriculture and food sectors, including the subsequent impact on the livelihoods of hundreds of millions.

For example, see this on the dismantling of Indian agriculture, this on the KIA and the US neoliberal invasion of India and this on the US-Indo free trade deal.

In other words, a Western model of intensive petro-chemical farming (aka the ‘green revolution’) and heavily processed grow-fast chemically-tampered-with food passed through a chain that sees it ending up in Western-style convenience supermarkets or fast-food outlets that rely on industrial farms. 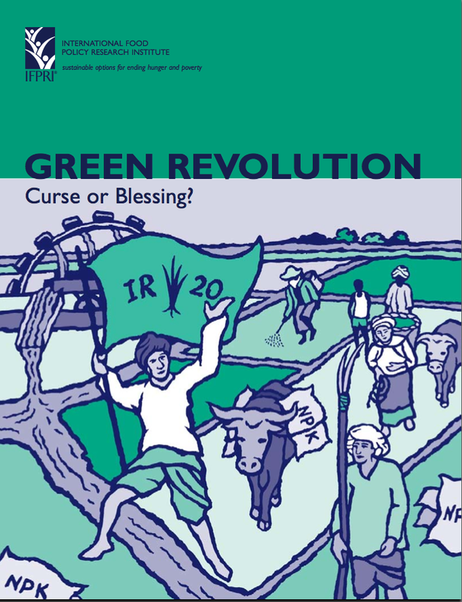 From seed to field to plate, the entire process would be handed over to a handful of large corporations whose bottom line is not agricultural sustainability, food security, food democracy or healthy nutritious food, but control and fast profit.

Look no further than the situation in Africa. Daniel Maingi works with small farmers in Kenya and belongs to the organization Growth Partners for Africa. He says here that the ‘green revolution’ approach is based on Western-style agriculture, with its reliance on fertilizer, weed killers and single crops. Maingi was born on a farm in eastern Kenya and studied agriculture from a young age.

He remembers a time when his family would grow and eat a diversity of crops, such as mung beans, green grams, pigeon peas and a variety of fruits now considered ‘wild’. Following the Structural Adjustment Programmes of the 1980s and 1990s and a green revolution meant to boost agricultural efficiency, the foods of his childhood have been replaced with maize, maize, and more maize.

“In the morning, you make porridge from maize and send the kids to school. For lunch, boiled maize and a few green beans. In the evening, ugali, [a staple dough-like maize dish, served with meat]… [today] it’s a monoculture diet, being driven by the food system – it’s an injustice.”

In India, farmers are being displaced and policy makers have been facilitating a reliance on corporate seeds and corporate access to the food processing and retail sectors, both of which have traditionally tended to be small scale and key to supporting local (rural) economies and livelihoods.

There are of course major implications for food security/sovereignty and the restructuring of society (see this), but what this could mean for the nation’s diet and health is already clear to see.

Although almost half the nation’s under-5s are underweight (the prevalence of underweight children in India is among the highest in the world, see this), rates of obesity in the country have tripled in the last two decades and the nation is fast becoming the diabetes and heart disease capital of the world (see this).

Western style fast food outlets have been soaring in number throughout the country. 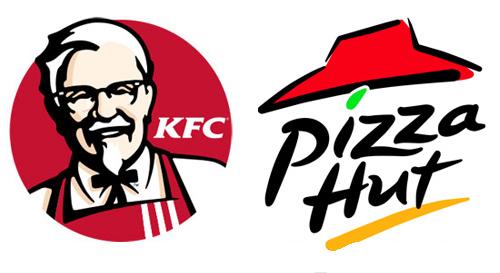 Of course, the dominant paradigm implies such a trend is positive. The commodification of (corporate) seeds, the manufacturing and selling of more and more chemicals to spray on crops or soil, the opening up fast food outlets and the selling of pharmaceuticals or the expansion of private hospitals to address the health impacts of the modern junk food system is ‘good for the economy’.

Transnational food companies now see their main growth markets in Asia, Africa and South America, where traditionally (as in India) people have tended to eat food from their own farms or markets that sell locally-produced foods.

Taking Mexico as an example, GRAIN describes how agribusiness concerns are infiltrating farming and transnational food retail and processing companies are taking over food distribution channels and replacing local foods with cheap, processed foods, often with the direct support of the government.

Free trade and investment agreements have been critical to this process and an alarming picture is set out of the consequences for ordinary people, not least in terms of their diet and health (see GRAIN’s repor there).

In 2012, Mexico’s National Institute for Public Health released the results of a national survey of food security and nutrition. Between 1988 and 2012, the proportion of overweight women between the ages of 20 and 49 increased from 25 to 35 percent and the number of obese women in this age group increased from 9 to 37 percent.

Some 29 percent of Mexican children between the ages of 5 and 11 were found to be overweight, as were 35 percent of the youngsters between 11 and 19, while one in ten school age children suffered from anaemia.

The Mexican Diabetes Federation says that more than 7 percent of the Mexican population has diabetes. Diabetes is now the third most common cause of death in Mexico, directly or indirectly.

The various free trade agreements that Mexico has signed over the past two decades have had a profound impact on the country’s food system.

GRAIN explains that after his mission to Mexico in 2012 the then Special Rapporteur on the Right to Food, Olivier De Schutter, concluded that the trade policies currently in place favour greater reliance on heavily processed and refined foods with a long shelf life rather than on the consumption of fresh and more perishable foods, particularly fruit and vegetables.

He added that the overweight and obesity emergency that Mexico is facing could have been avoided, or largely mitigated, if the health concerns linked to shifting diets had been integrated into the design of those policies.

The North America Free Trade Agreement (NAFTA) has led to the direct investment in food processing and a change in the retail structure (notably the advent of supermarkets and convenience stores) as well as the emergence of global agribusiness and transnational food companies in Mexico.

NAFTA required Mexico to provide equal treatment to domestic and foreign investors, with the elimination of rules preventing foreign investors from owning more than 49 percent of a company. It also prohibited the application of certain “performance requirements” such as minimum amounts of domestic content in production and increased rights for foreign investors to retain profits and returns from initial investments.

Another effect of NAFTA on the Mexican food system was an explosive growth of chain supermarkets, discounters and convenience stores. GRAIN highlights how the food corporations began by colonising the existing, dominant food distribution networks of small-scale vendors, known as tiendas (the corner stores). Tiendas have proved critical to the spread of nutritionally poor food as they are the means by which transnationals and domestic food companies sell and promote their foods to poorer populations in small towns and communities.

According to GRAIN, the tiendas are, however, quickly being replaced by corporate retailers that offer the processed food companies even greater opportunities for sales and profits. By 2012, retail chains had displaced tiendas as Mexico’s main source of food sales.

For De Schutter, a programme that deals effectively with hunger and malnutrition has to focus on Mexico’s small farmers and peasants. They constitute a substantial percentage of the country’s poor and are the ones that can best supply both rural and urban populations with nutritious foods.

His view is in line with numerous official reports that emphasise the key role that such farmers have in providing food security and which also stress the importance of agroecological farming (for instance, see this and this).

Likewise, GRAIN argues that Mexico could recover its self-sufficiency in food if there were to be official support for peasant agriculture backed with amounts comparable to the support granted to the big corporations.

In Mexico, the loss of food sovereignty has induced catastrophic changes in the nation’s diet. The writing is on the wall for other countries such as India because this scenario is being played out across the world. (Diet aside, there are other severe deleterious health impacts that result from the indiscriminate use of pesticides that have accompanied the ‘green revolution’, not least in the Indian state of Punjab which has become known as a ‘cancer epicentre’: see this.)

The situation is encapsulated by Vandana Shiva who outlines the consequences of opting for a food system that is based on a corporate-controlled, chemical-intensive system based on diminishing variety, fast food and fast profits:

“If we grow millets and pulses, we will have more nutrition per capita. If we grow food by using chemicals, we are growing monocultures — this means that we will have less nutrition per acre, per capita… The agrarian crisis, the food crisis and the nutrition and health crisis are intimately connected. They need to be addressed together. The objective of agriculture policy cannot be based on promoting industrial processing of food. The chemicalisation of agriculture and food are recipes for “denutrification”… The Green Revolution displaced pulses, an important source of proteins, as well as oilseeds, thus reducing nutrition per acre. Monocultures do not produce more food and nutrition. They take up more chemicals and fossil fuels, and hence are profitable for agrochemical companies and oil companies. They produce higher yields of individual commodities but a lower output of food and nutrition.” (See here, ‘The Real Hunger Games’)

Mr. Colin Todhunter is one of the frequent contributor for The 4th Media.